88/100 "Spin The Bottle aims to be a true party game and succeeds completely."

"Spin the Bottle for the Wii U Makes You Get Close. Sexy Close." 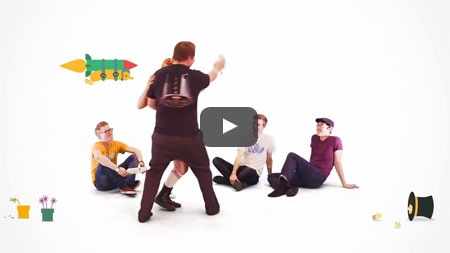 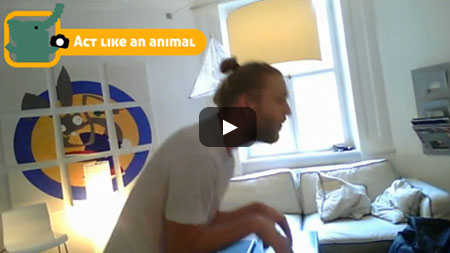 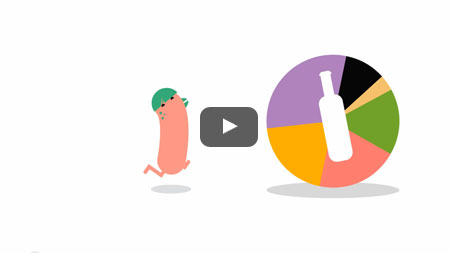 Spin the Bottle Teaser I 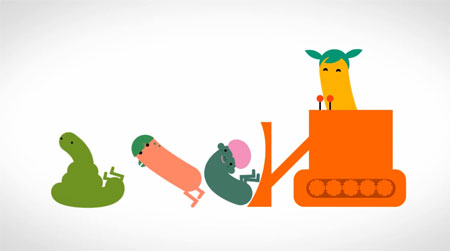 You can get the press kit here:


Warning: Invalid argument supplied for foreach() in /var/www/spinthebottlethegame.com/public_html/reviews.php on line 79


Warning: Invalid argument supplied for foreach() in /var/www/spinthebottlethegame.com/public_html/reviews.php on line 91

Bumpie's Party will be at SXSW 2014 Game Expo

Spin the Bottle: Bumpie's Party is a finalist for the Gamer's Choice Award at the SXSW Interactive Festival, in Austin, March 7-9. We will be there showing the game. Join us and try the new minigames that we just released on February 13th.

We are releasing new GamePad themed mini games for Spin the Bottle: Bumpie’s Party on February 13th. The update introduces 6 new minigames focusing on the technology of the GamePad such as the camera, gyroscope, face and smile detection, touch screen and thumb sticks. 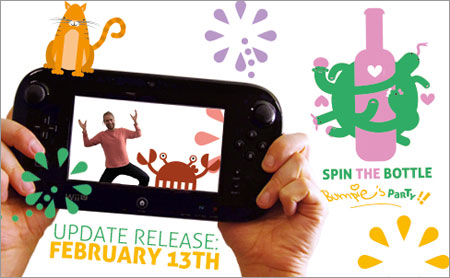 The update will include:

The Wii U eShop game Spin the Bottle: Bumpie's Party has just been awarded the Technology award at the Red Carpet Awards at the International Independent Games Festival IndieCade in Culver City, Los Angeles. The technology award "honors bold and unexpected experiments with the affordances of the medium that transform technology to magic."

"Our goal from the very beginning has been to design a game specifically to the new Wii U technology and hardware. The GamePad and the Wii Remotes makes games possible where the players look at each other, not the TV. Interesting technology to us, is not a question about performance and polygons, but about how this technology shape human interactions and the Wii U gives possibilities you don’t see anywhere else in gaming today." Says Dajana Dimovska, Producer on Spin the Bottle: Bumpie's Party

Spin the Bottle: Bumpie's Party is at display during the IndieCade festival and the developers have brought new minigames from their upcoming update. The new update will explore the technology of the Wii U even further by focusing on silly and awkward gameplay around the inbuilt camera in the GamePad.

Spin the Bottle will be at IndieCade with 3 new minigames!

Spin the Bottle: Bumpie's Party is a finalist at the international independent games festival, IndieCade in Los Angeles, October 3-6. To celebrate the nomination we have produced a short video to give you a peek behind the scenes at KnapNok Games and Redgrim. 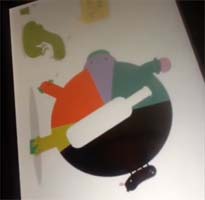 IndieCade is a fantastic festival and if you live around the Los Angeles area we will strongly encourage you to check it out. Our team will be there to show the game, and we are bringing a brand new build with three of the new minigames from our upcoming update: Put Your Hat On, Act Like An Animal, and Don't Laugh.
You can start speculating about how those games are played.

Finally the waiting time is over. Spin the Bottle: Bumpie's Party will be available on the eShop in Europe and US from August 8th.

The launch price will be €6.99 / $8.99 . For that price you will get a great party game and all future updates for free. Once we release an update, the price will increase, so buy early to get the best deal.

We have spend the summer making everything work perfectly and produced a nice trailer that explains a bit more of the game play.

Spin the Bottle: Bumpie's Party has been selected for the Indiecade Showcase at E3.

The IndieCade Showcase @ E3 is now in its 7th year. In its first year, IndieCade showcased Braid a full year before its publication. That same year, IndieCade featured Cloud, the premiere game by thatgamecompany—who went on to create the award-winning Journey.

Since 2007, IndieCade’e Showcase @ E3 has featured close to 30 certified indie hits, not counting those undiscovered gems and games that have attracted devoted cult followings. 25+ games are carefully selected each year to highlight the talent and creativity of the independent game movement. Other notable past IndieCade picks include Antichamber (2010); Cards Against Humanity (2011); Binding of Isaac by the creator of Super Meat Boy (2012); as well as Skulls of the Shogun (2011) and Scale (2012), both recipients of numerous Best In Show awards at previous E3 Expos.

We are honored to have been selected and can’t wait to show our game to press and fellow indie developers. Meet us at the IndieCade Showcase @ E3 in the South Hall #3035, Lost Angeles Convention Center, June 11-13.

Turn off your TV, get your friends and family together, sit in a circle around the Wii U™ GamePad and play Spin the Bottle: Bumpie's Party. Look at each other, do silly challenges, have fun and get a little closer.

Spin the Bottle: Bumpie's Party is a game for 2-8 players. You sit in a circle around the GamePad and spin a virtual bottle. Two players are randomly paired up each round to do a collaborative physical challenge. Use the Wii Remotes and each other to dance, spin, grab, jump, hide, pump, pass and squeeze. Collaborate with your friends and complete the most challenges to win Bumpie's Party! Spin the Bottle might be tongue-in-cheek, but don’t worry kissing is not required.